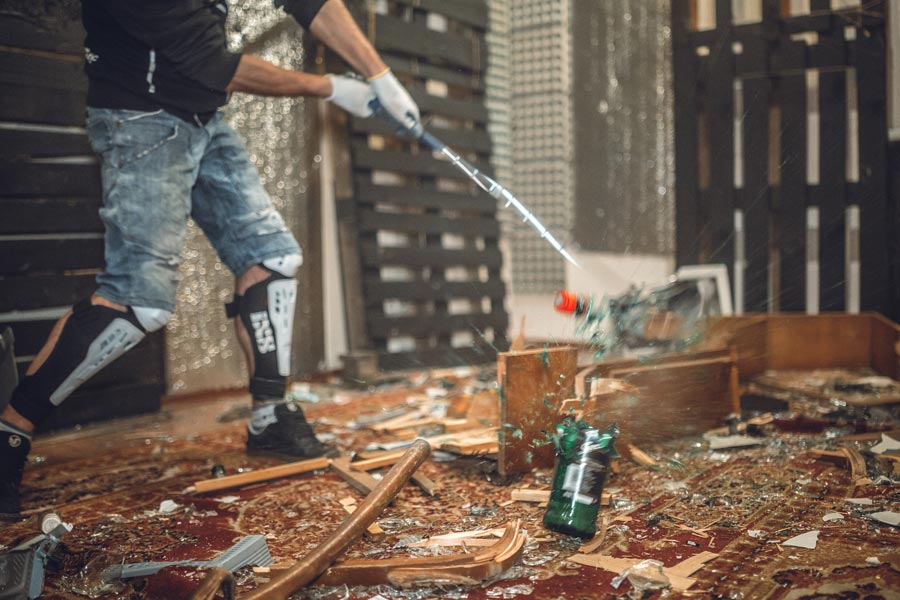 Everyone’s either heard about or tried and loved an escape room, but there’s a new circus in town that’s garnering the attention of the Colorado Springs and Denver area, and it’s called a “rage room”. If the phrase is something completely alien to you, you’re not alone. It’s still so fresh on the scene that not many have been able to explore the concept of these rage rooms. But Anger Management in Colorado Springs is proving itself to be a fascinatingly unique venue that’s gaining the same hype that escape rooms had when they first were becoming popular. Although we are an escape room facility, we have decided to dive in and find out what these rage rooms are all about and what the difference really is.

What is a Rage Room?

Have you ever been so stressed, exasperated, or straight up angry that you just want to smash something, but you refrain from doing so because it wouldn’t be considered socially acceptable? At rage rooms like Anger Management in Colorado Springs, your dreams of destruction can finally come true. The concept has been around for just a few years and has gained unmitigated popularity, even making an appearance on the 2018 season of ABC’s The Bachelorette. The idea is to create an opportunity for people to express their negative emotions and get them “out of their system” in a healthy, controlled environment.

Where is the closest Rage Room?

In Denver, a rage room called Smash-it Breakroom has recently opened, located near Evans and Santa Fe in Denver. The Colorado Springs Escape room in this article, unfortunately, has closed.

What can I expect from a Rage Room?

Rage rooms will have an extensive safety waiver for participants, because Rage Rooms can be inherently dangerous especially for those who don’t follow the rules. Many of them operate by appointment only in order to procure the increasingly difficult to find objects for destruction.

How much does a rage room cost?

Most rage rooms are about twice as expensive as escape rooms, ranging from $50 per person up to over $100 per person. Denver’s Smash-it has various levels of destruction you may sign up for, each with its own price tag, starting at $86 and going as high as $370.

How do I start my own rage room?

The hardest parts about starting an escape room are insurance and finding a landlord who will allow your business. Aside from that, it will help to have about $10,000 for startup and material acquisition costs. Learn more here.

No matter what the sources of your frustrations are, everyone is welcome at Anger Management. They’re determined to ensure all their customers can leave in higher spirits, if not from smashing and destroying things then from the fun and humor in it. You can choose from a variety of tools such as hammers or baseball bats to destroy everything in a room filled with glass dishware, TVs, lamps, or even furniture. At this Colorado Springs rage room, you can even bring in your own objects for a more personal touch (lookin’ at you, newly single people). And don’t worry: full-body safety gear is provided at no extra charge.

Anger Management Colorado Springs has a goal to allow people to process and “purge” themselves of all the stresses of life, and EscapeWorks Denver has a similar premise. Whereas a rage room immerses you in these problems, an escape room immerses you in another world altogether where you can either let yourself be distracted from them or get yourself in the mindset to solve them. Either way, both facilities offer healthy, safe ways to temporarily evade the annoyances of life and come back at them later with a fresh perspective and a clearer head.

Though EscapeWorks and Anger Management can’t easily be paired together for a full day of catharsis, being that the escape room is in Denver and the rage room in Colorado Springs an hour away, either business is the perfect way to blow off some steam after a hard day, week or even month.

Check Out Our Rooms